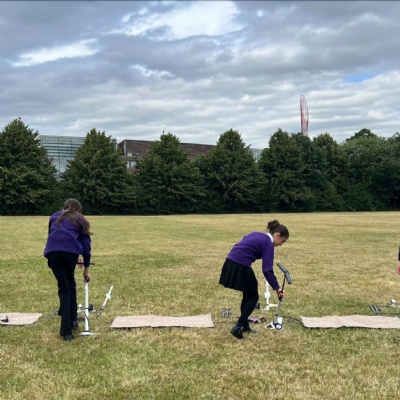 Twelve Year 7 pupils attended the 'How engineering landed people on the moon' event at the University of Nottingham earlier this week. They were in competition with other local schools to design and build a meteorite.

The University of Nottingham said the pupils had worked fantastically, and their reflection sheets were the best they had read.

The pupils worked amazingly and were a credit to the academy, so much so that they won the prize of a National Space Centre visit up to the value of £450.

Congratulations to the pupils who attended!